In the early 1700s, the area was settled by a group of German-Swiss pioneers seeking religious freedom.  Described as “men of stout hearts and sturdy characters,” the settlers farmed the rugged land and lived peacefully with the Indians until violence from the French and Indian War spilled into the region.  Still visible today are some settlers’ stone homes, which were uniquely built with thick fort cellars within their walls as protection against Indian attacks.  Following the war, the small population was predominantly German. In fact, German was the primary language in the area until the early 1800s.

The town of Luray was officially founded in 1812 by William Stage Marye, who is said to have named the town in honor of his ancestors from Luray, France.  By 1845, Luray was the designated county seat of Page County, with a population of about 500 people, several mercantile stores, and two or three churches.

In 1881, a railway line was established in Luray, opening up tremendous economic opportunity.  As a result, the population of the town more than doubled in less than ten years. It was during this time of expansion that the house now known as the Inn of the Shenandoah was built.  During the 19th & 20th centuries, the trains made Luray a vibrant, active community. In fact, the daily passing of trains is still evident today.

Also in 1881, electric lights were installed in the newly discovered Luray Caverns.  Visitors flocked to the area to witness what the Smithsonian Institution declared “a great natural curiosity,” the largest caverns in the eastern United States.  Hotels sprang up, advertised as renting for $2 a night, to serve the thousands of tourists who could now take a train and a short 1.5 mile carriage ride to the cave’s entrance.  The development of Skyline Drive and Shenandoah National Park in the 1930s further contributed to the growth of Luray as a tourist destination.

In 2003, the downtown district of Luray was listed on the National Register of Historic Places.  There are over 75 building examples of classic residential, commercial, government and institutional buildings in popular 19th and 20th century architectural styles. The old train station, just a few blocks away from the Inn, is now the Visitor Center run by the Page County Chamber of Commerce.

Take a walk to experience the beautiful historic district of Luray.  Make a stop at the Visitor Center where you can immerse yourself in the rich history of the area, including fascinating Revolutionary War and Civil War stories.  You will quickly see why this beautiful area is a favorite destination for travelers.

PHOTOS OF LURAY: THEN & NOW 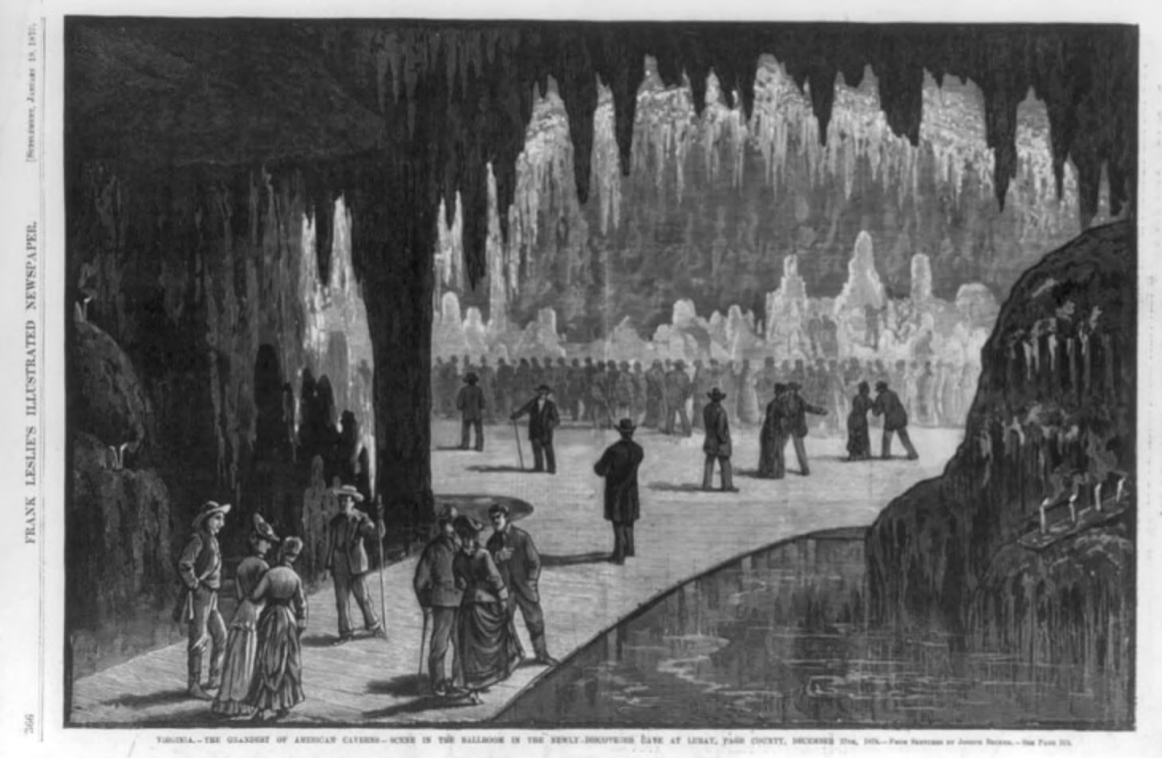 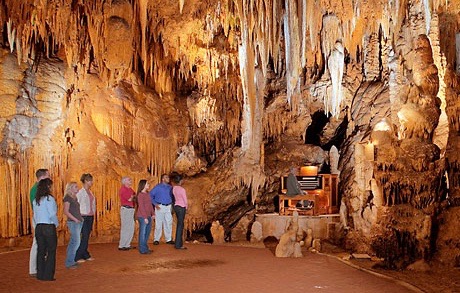 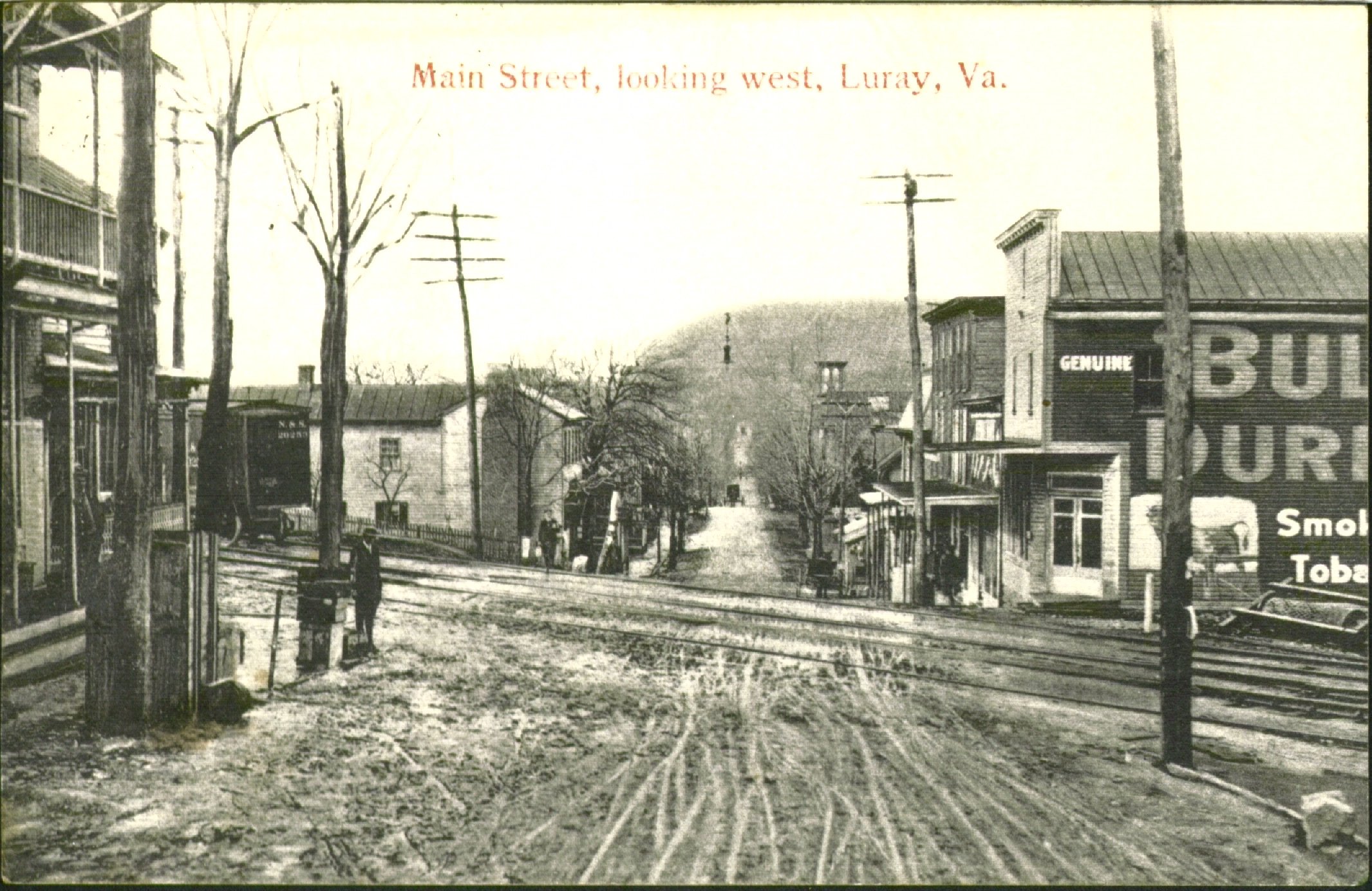 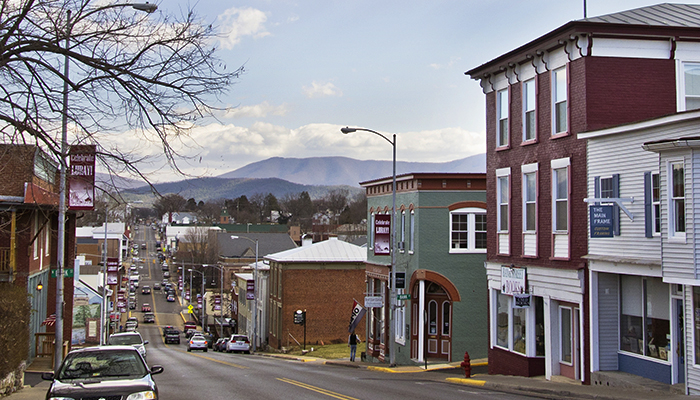